Prague University of Business and Economics: Petr Dvořák Was Inaugurated as Rector

The ceremonial inauguration of the new Rector Petr Dvořák took place on April 22, 2022, in the Vencovského Auditorium. He took over a symbolic Rector´s chain from the hands of the Chairman of the Academic Senate of VŠE Marek Stříteský. The ceremony was attended by a number of senior representatives of the academic community from the Czech Republic and abroad, as well as personalities of public life and public administration, such as Deputy Speakers of the Chamber of Deputies Jan Skopeček and Karel Havlíček. Representatives of major companies were also present. Among the guests were also members of diplomatic missions and, of course, members of the academic community of VŠE, including students.

During the ceremony, the Chairman of the Academic Senate Marek Stříteský stated that the election of the Rector took place properly and also recalled the unusually strong mandate of Petr Dvořák acquired in the first round. In his ceremonial speech, the Rector stated his priorities and thanked the previous Rector Hana Machková, current colleagues and his family for their support.

In her speech, the Rector Emeritus Hana Machková looked back at her work, appreciated the smooth cooperation with all the deans and described her successor as hardworking and honest.

At the end of the ceremony, the Rector symbolically introduced his closest colleagues, five Vice-Rectors, to their offices and handed them the appropriate chains. 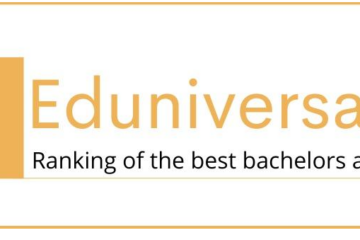 LUT School of Business and Management improves its THE ranking position